A new family of products with motion sensing and gyro compass functionality is introduced.
The first product in this family is the MNS-003 which includes three Fiber Optics Gyros (FOG) and three linear accelerometers.

The MNS-003 product is a fully inertial navigation system (INS). It can output heading, roll, pitch, heave and position.
Acceleration and velocity of linear motions, as well as angular rates, are output from the unit. The MNS-003 product outputs both processed and raw (gyro and accelerometer) sensor data. The MNS-003 product can be used as a stand-alone unit or as an IMU in other systems.

The key elements of the system are the MNS-003 the Inertial Navigation Unit (INU), the Rugged Central Control Unit (RCCU), the Satellite Navigation Antenna (SNA), the Rugged Touch Display (RTD), and the Power Supply.

The MNS-003 the Inertial Navigation Unit (INU) is a hard fiber-optic gyro (FOG) designed for Ships, Yachts and Navy Ships.
The INU includes FOG gyroscopes and accelerometers, with an ARM7 that provides excellent system performance. The result is the unprecedented accuracy and precision necessary for urban combat.

The Rugged Touch Display (RTD) is a rugged color liquid crystal daylight readable man-machine interface device. This RTD displays the menus required after initialization and is the readout device for vehicle navigation, attitude and driver information, as well as selected target location data. 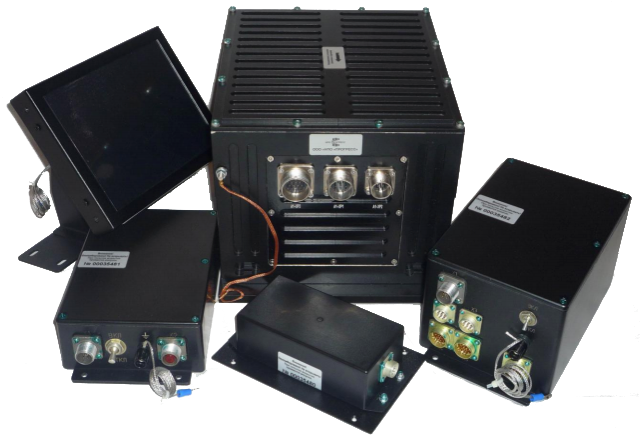